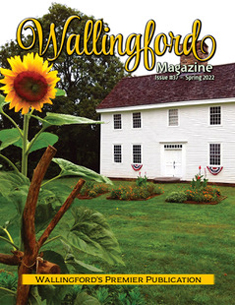 Wallingford Magazine is the premier publication for Wallingford, Connecticut highlighting the history, people and landscape that make up this beautiful New England town.

Enter “Where Is It” Contest Advertise With Us View Coupons Survey

A great New England town, located between New Haven and Hartford, as well as New York City and Boston, and home to more than 45,000 residents.

Wallingford was established on October 10, 1667, when the Connecticut General Assembly authorized the “making of a village on the east river” to 38 planters and freemen. The “long highway” located on the ridge of the hill above the sandy plain along the Quinnipiac River is the present Main Street in Wallingford. On May 12, 1670, Wallingford was incorporated and about 126 people settled in the town. Six acre lots were set out and by the year 1675 40 houses stretched along today’s Main Street. In 1775 and again in 1789, George Washington passed through Wallingford.

During the 19th century, Wallingford industry expanded with a considerable concentration of small pewter and Britannia ware manufacturers. By mid-century, Robert Wallace acquired the formula for nickel silver and established with Samuel Simpson, R. Wallace & Company the forerunner of Wallace Silversmiths. It was also during this period that many of the small silver and Britannia plants were combined to form the International Silver Company with its headquarters in Meriden and several plants in Wallingford.

In 1877, the H.L. Judd Manufacturing Company began an almost hundred year dominance of the town’s lower downtown with a sprawling metalware factory complex on South Cherry Street. Over the years, it evolved as a maker of brass ware, drapery hardware and armaments during World War II, until 1989 when it became a prominent industrial-to-residential conversion called Judd Square Condominiums. The town has its own electric division and maintains rates well below the state’s average. It is the home of a large variety of industries and major corporations spanning the spectrum of the pharmaceutical, health care, service and high-tech specialty manufacturing industries. The Bristol-Myers Squibb company, the town’s largest employer, has established a research and development campus adjacent to the intersection of Interstate 91 and Route 68.

In October 1871, Wallingford’s railroad station was completed for the New York, New Haven and Hartford Railroad. Noted for its mansard roof, ornamental brackets and stone quoins — the interlocking exterior corners — the station is among the few remaining of its kind that were built during President Grant’s administration at the height of railway expansion. The town undertook an overhaul to the roof and exterior with the help of state and federal grants in the early 1990s. The station is served by Amtrak’s Vermonter and Northeast Regional. 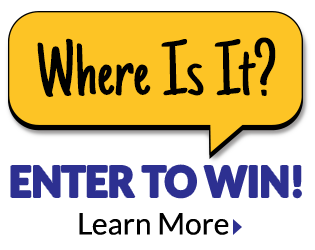 Our Magazines
Advertise With Us
© Copyright 2022 | RDS Media, LLC | All Rights Reserved.
Digital Marketing by Imagine It Consulting